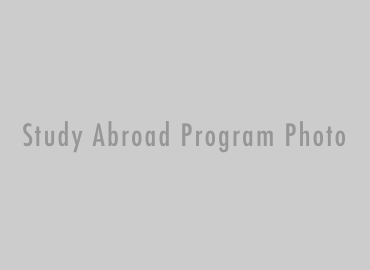 This program doesn't accept outside students

Southern Africa is a region of great diversity -- geographical, historical, cultural, racial, ethnic and religious.  This program will examine various aspects of diversity through the study of education and society.South Africa is an extremely co... read more

Southern Africa is a region of great diversity -- geographical, historical, cultural, racial, ethnic and religious.  This program will examine various aspects of diversity through the study of education and society.

South Africa is an extremely complex society that provides a fascinating case study of the role of education in a country undergoing substantial political, social, cultural and economic change.   The current efforts of South Africa to overcome a history of racial inequality have captured the imagination of people throughout the world.   Since it attained majority-rule government in 1994, South Africa has experienced radical changes in its educational system and its society.

Under the system of apartheid, which followed two centuries of harsh racial based colonialism, South African education and society were strictly separated by racial and ethnic groups.  Black children received low-quality education and had little chance of higher education, whereas the white minority was provided with free, high-quality education.   With the election of a multiracial government in 1994, South Africa has had to grapple with many difficult issues related to education.  The provision of education for all children has resulted in huge increases in enrollment, with the corresponding challenges of finance, equity, teacher education, access to higher education, and job creation, among other issues.  Many of these issues are relevant and will be of interest to educators in the United States and other countries.

Education everywhere must be viewed in the context of the society in which it exists.  This program will explore the relationship between formal education and society in South Africa, as well as in the larger context of the southern African region.  We will focus on issues of human diversity (race, ethnicity, socioeconomic class, gender, religion, special needs groups), inequality (based on these social markers of identity), and social institutions (the role of the state and non-governmental agencies, civil society, and the private sector in economic and social institutions, most importantly schools).